Aerophones: What are they? 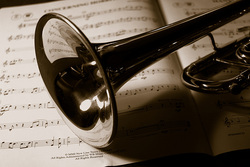 Brass Instruments:
Sometimes referred to as wind instruments, this group include our trumpets, trombones, baritones, tubas, and french horns. They're called Brass instruments because brass is the material they are constructed out of. These instruments use a metal mouthpiece that the player "buzzes" into. As they buzz they produce a column of air which is sent into the narrow end of the metal tube called the resonator which the mouthpiece is attached to. 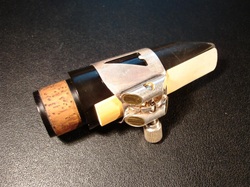 Woodwind Instruments:
This other subgroup is where we find our clarinets, saxophones, oboes, and flutes. The reason they're called woodwinds, is because these instruments (with the exception of the flute) produce a sound with a mouthpiece that has a thin piece of wood called a reed covering the opening. When air is forced in between the reed and the opening, it creates the vibrating column of air that then travels through the resonator and down the length of the instrument.